We docked in Mazatlan early on Wednesday morning. We had decided to just do our own thing, no pre-planned tours or excursions booked. We got off the boat and were greeted by multiple resort guides, offering us a day pass to their resort, with access to beach and pools. We accepted one of the offers, and hopped in a cab to the resort.

We spent the morning on the beach before it got too crazy with tourists and beach vendors. Seriously, if I had a dime for every person that walked by wanting to sell me silver, sunglasses, or braid my hair... 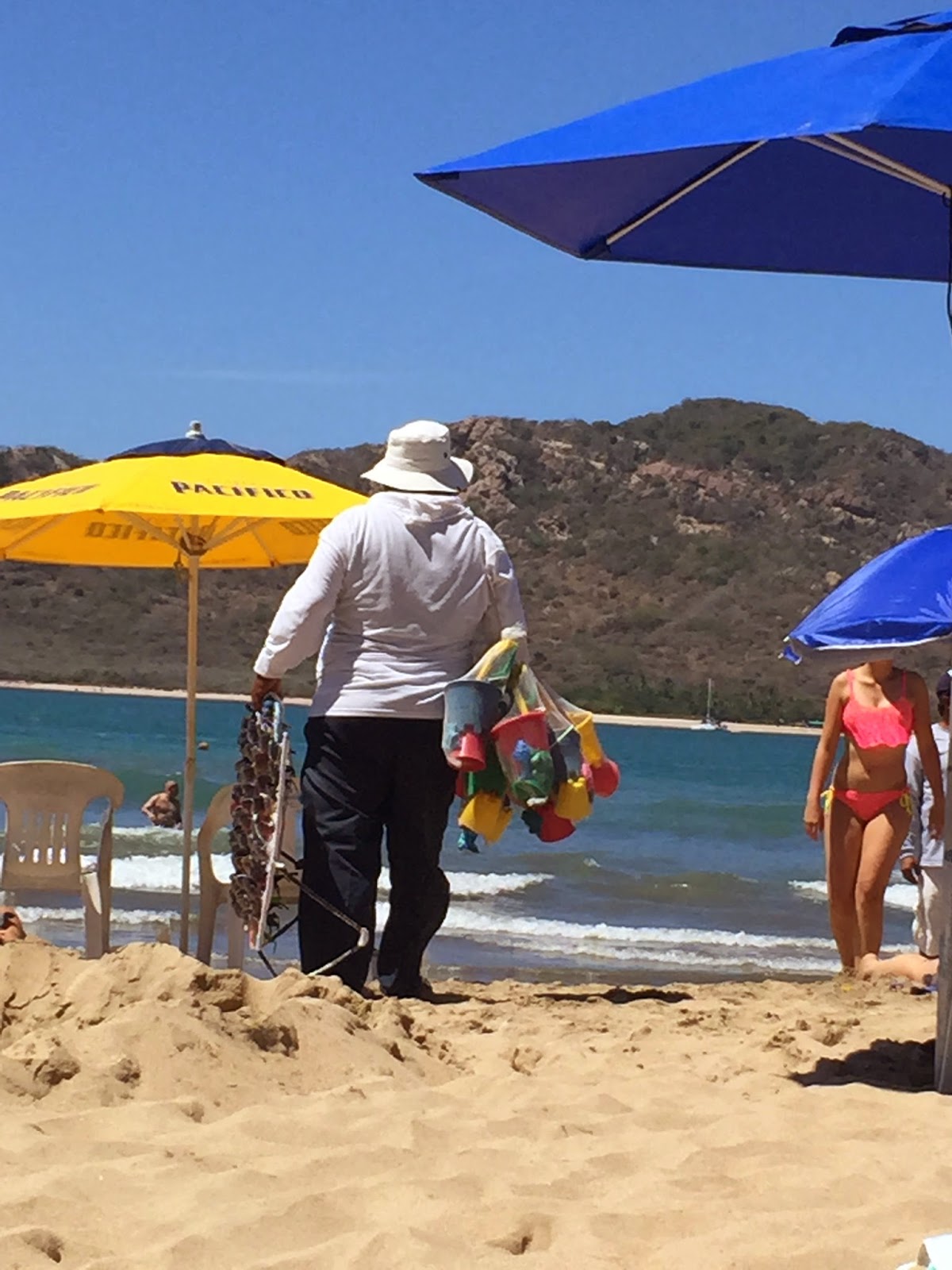 The kids had a ball splashing in the warm ocean waters, and Steve and I enjoyed lounging on chairs watching! 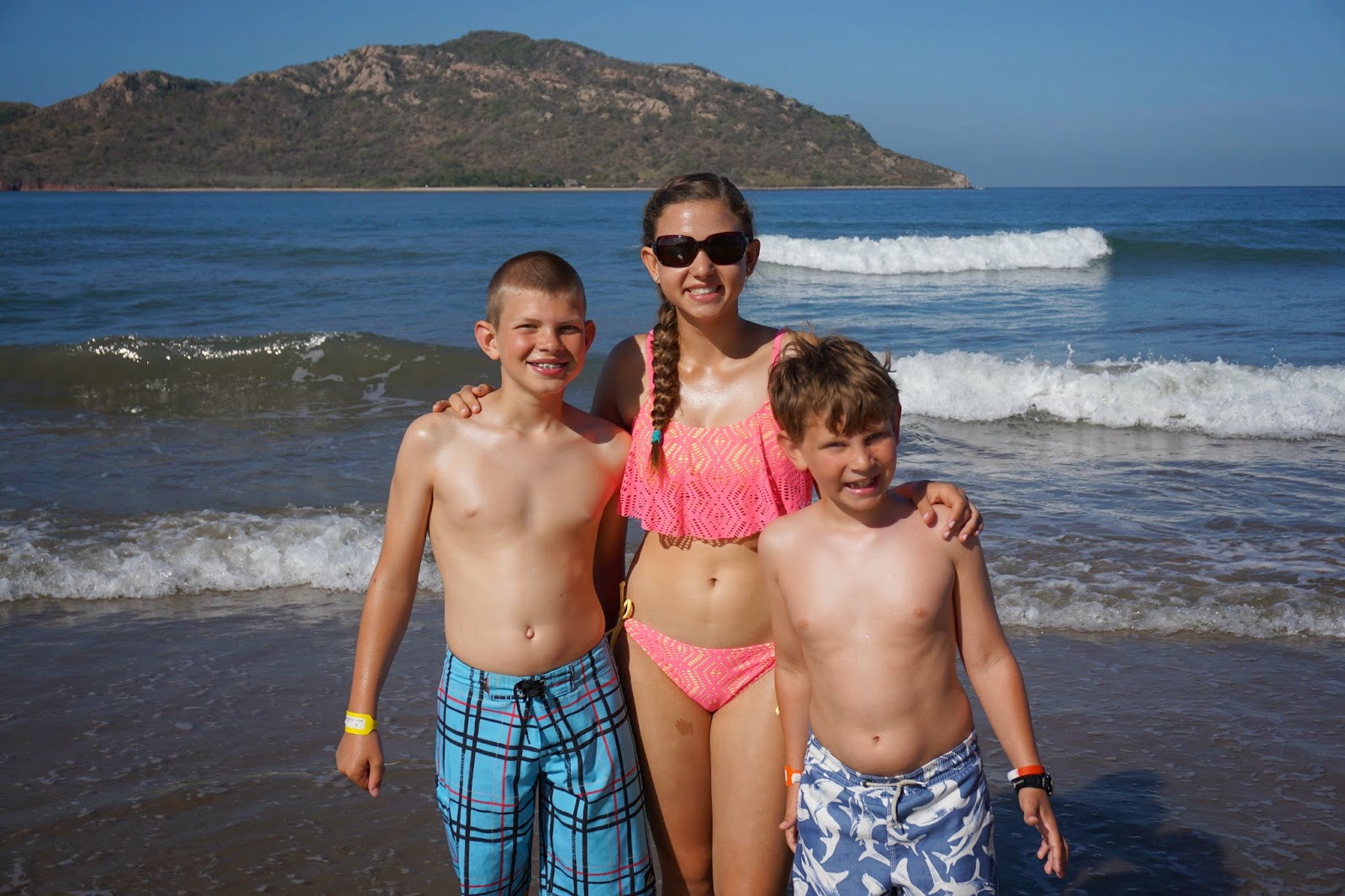 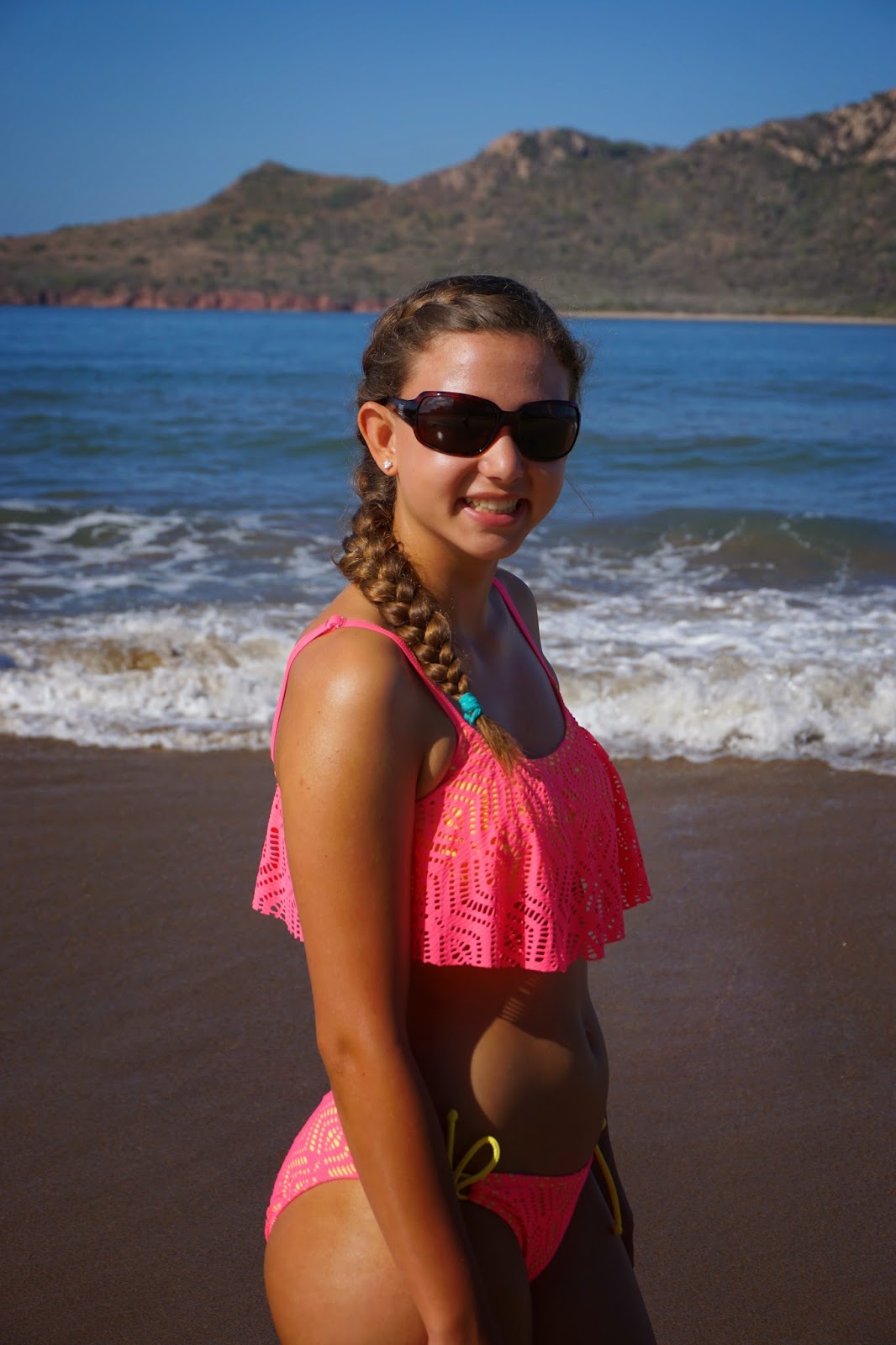 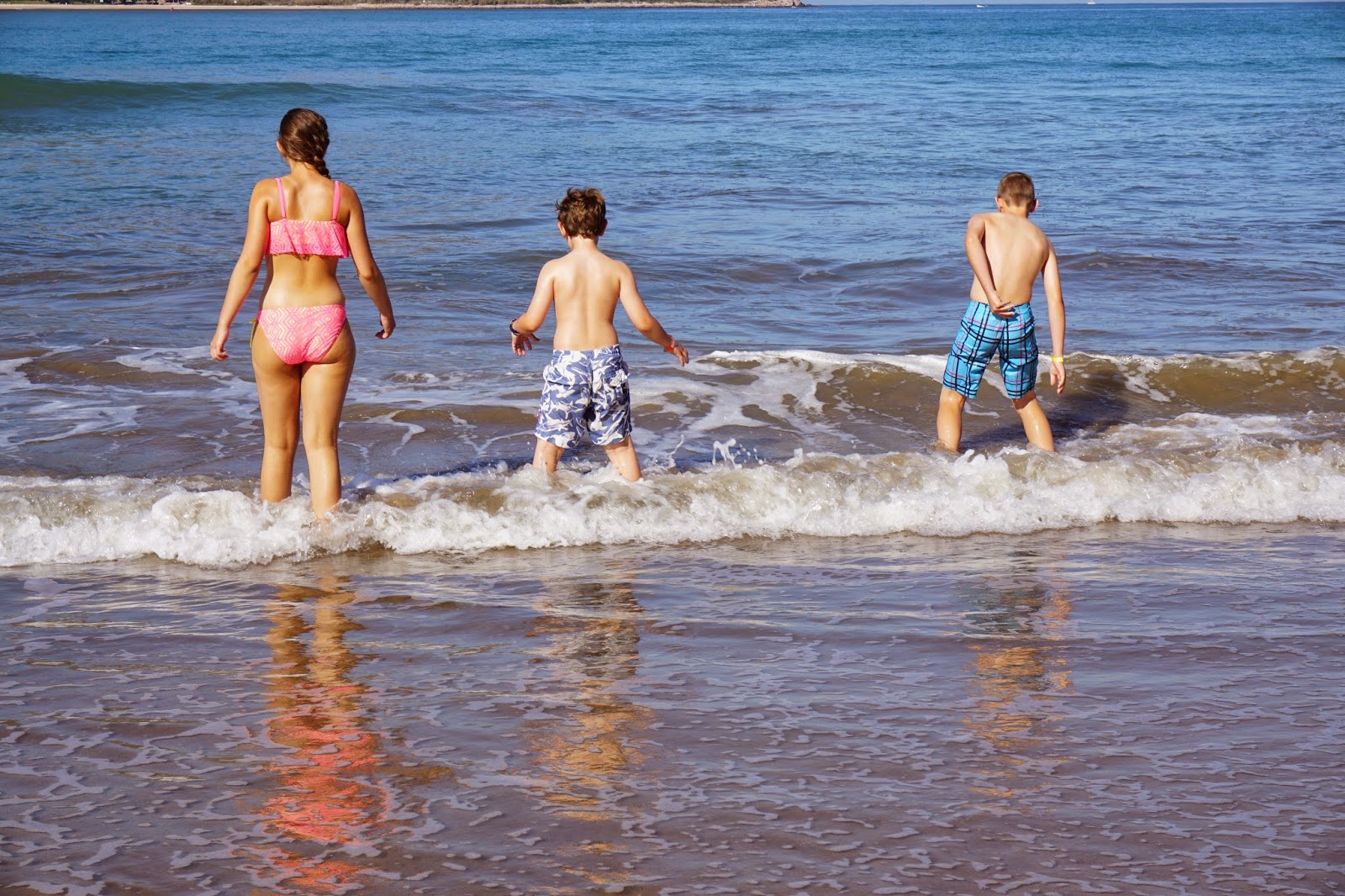 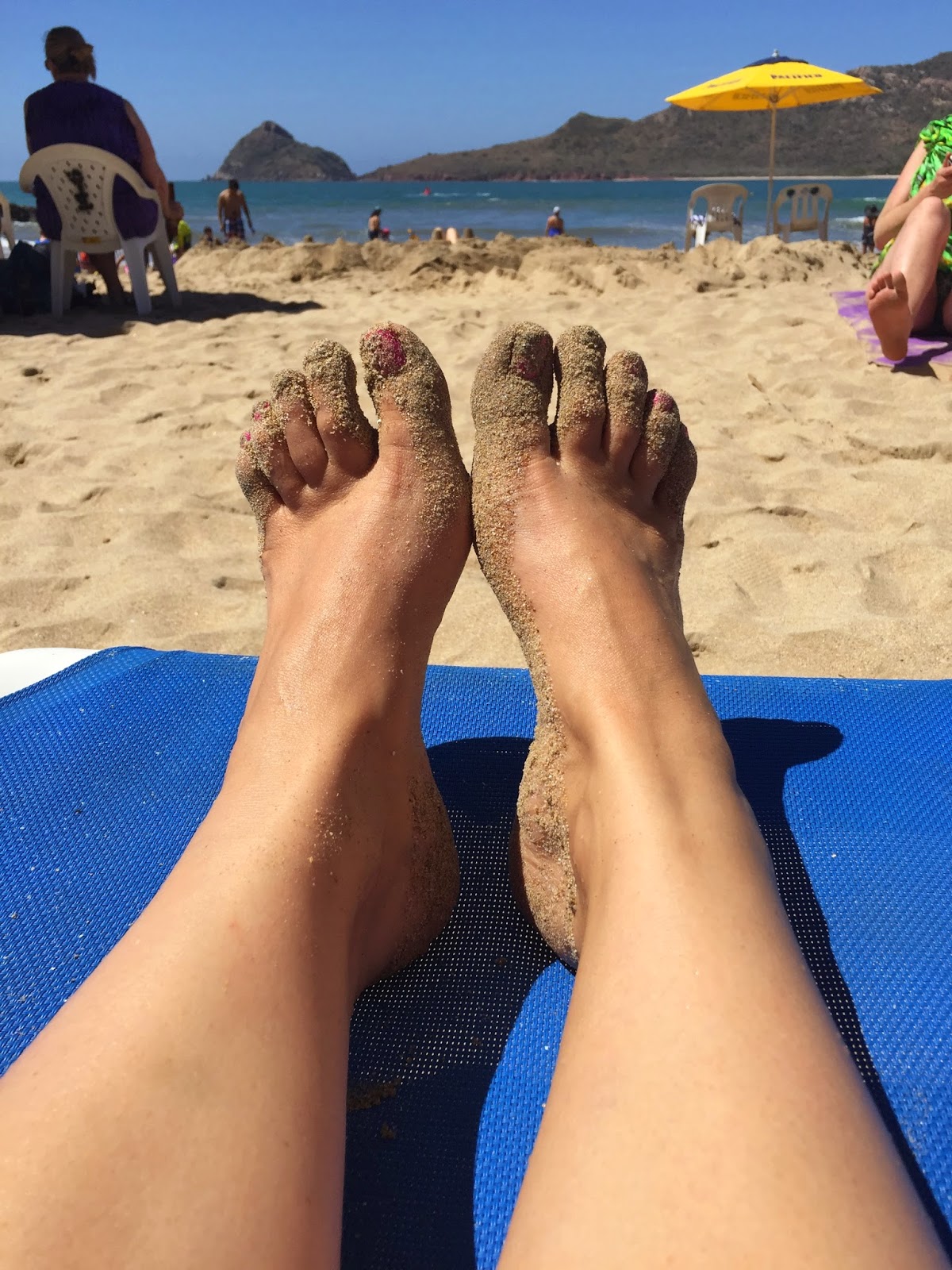 We saw a couple of guys offering parasailing, and asked Olivia if she wanted to give it a try. She hadn't seen anyone do it, but she is adventurous and brave and decided to go for it! 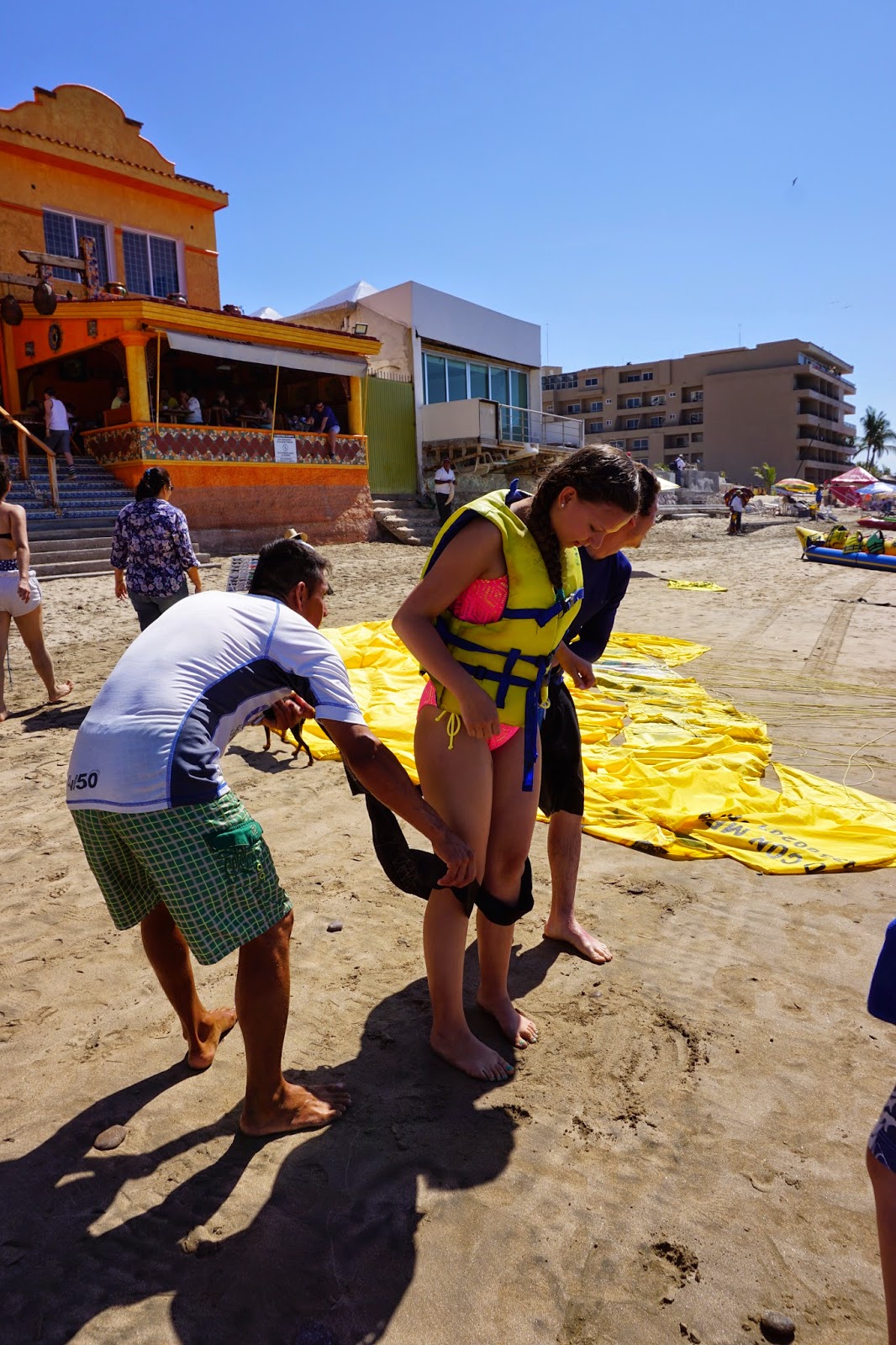 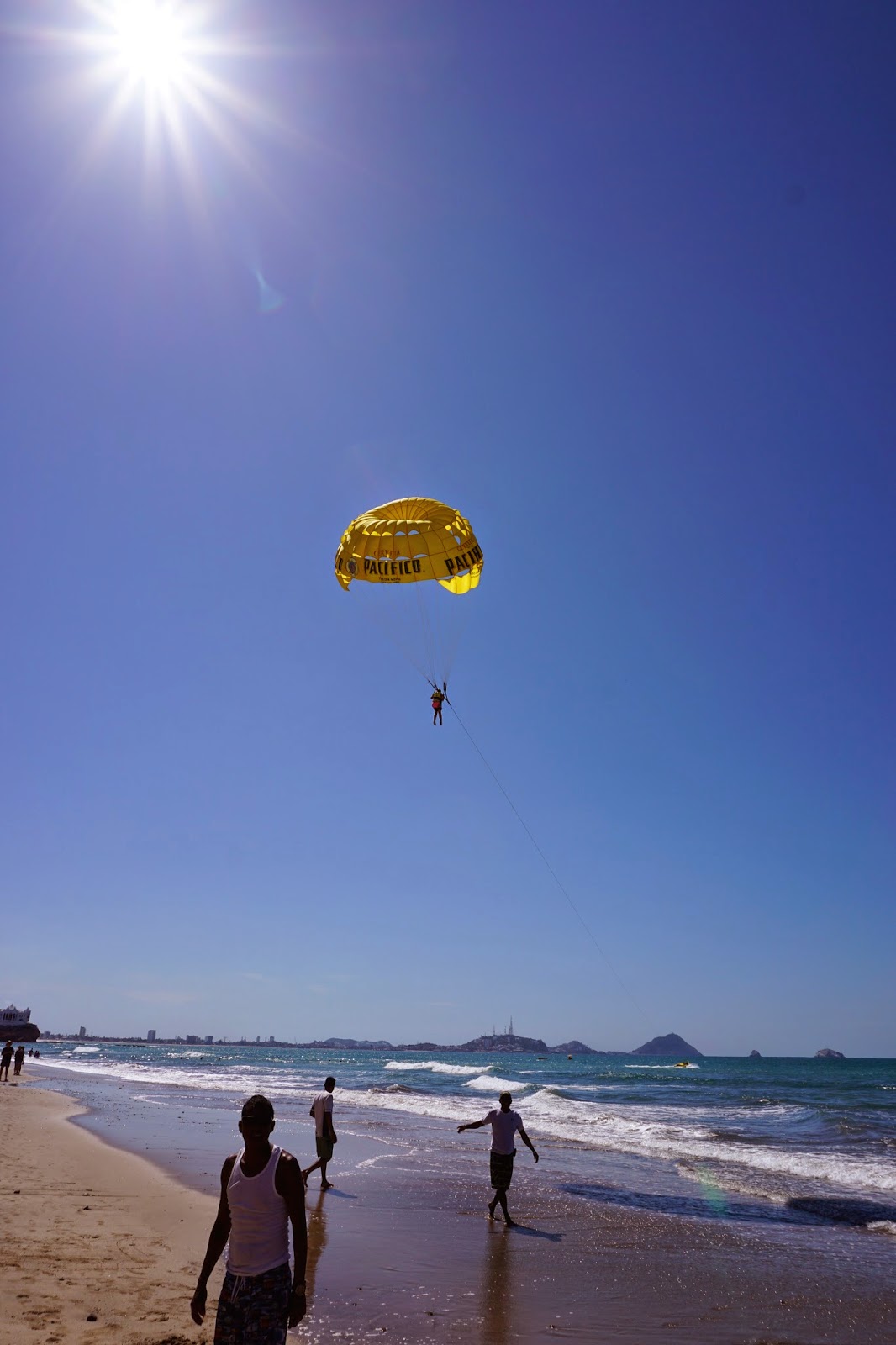 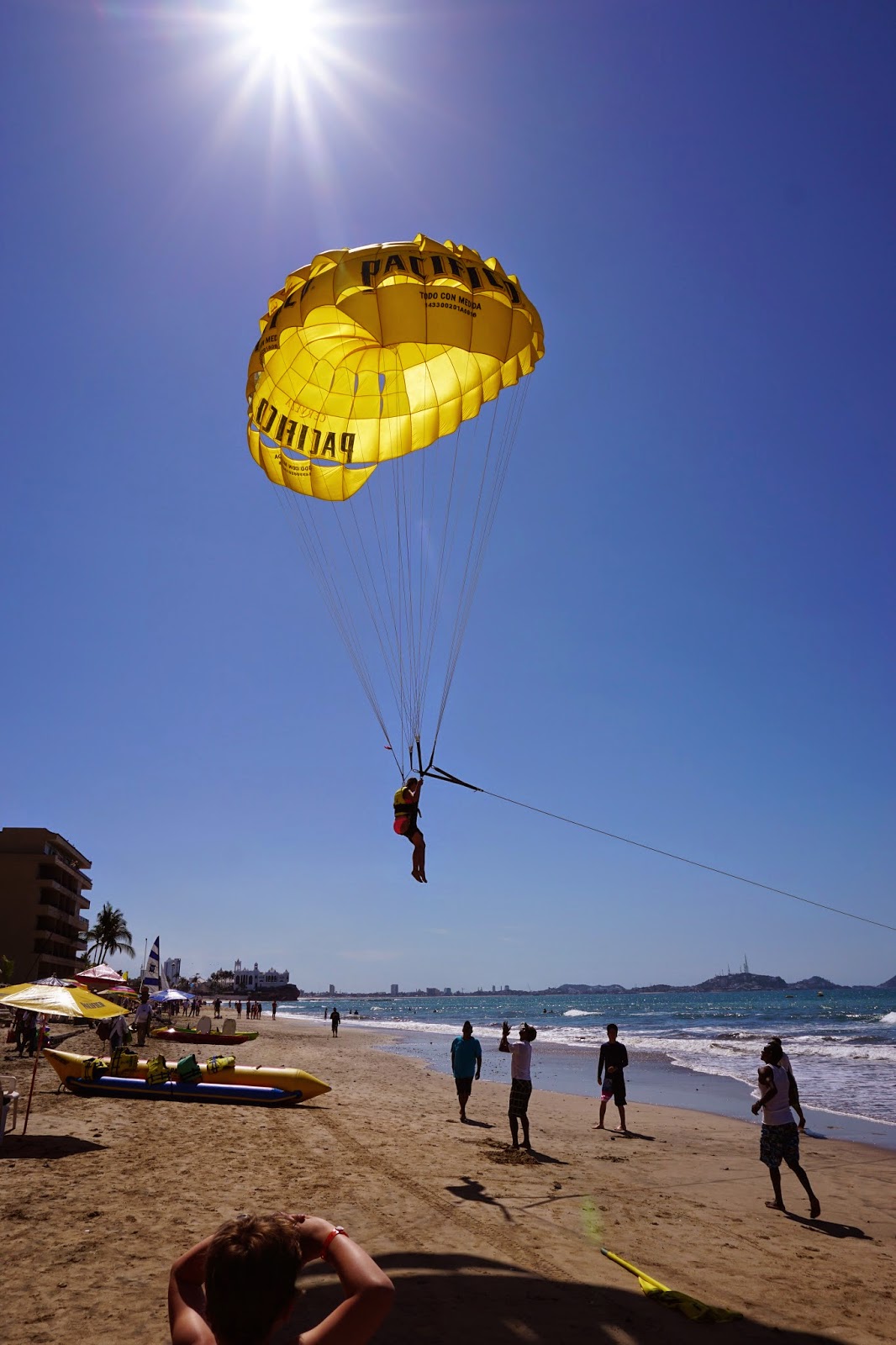 The second she took off, Grant was begging to do it too. I didn't think he was big enough (and was secretly hoping he wasn't!), but he marched right up to the guys and asked if he could do it...and much to my surprise, they said YES! 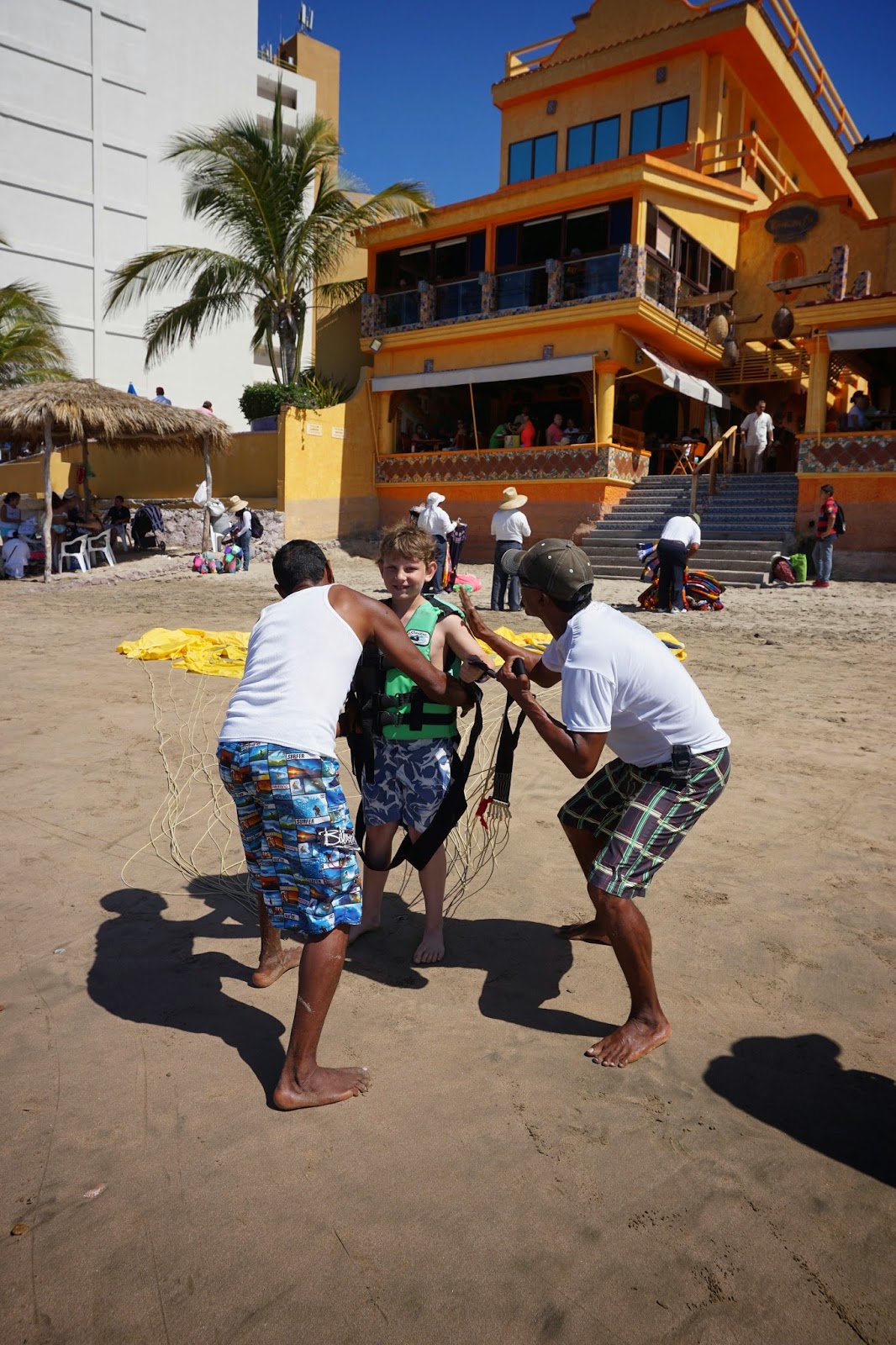 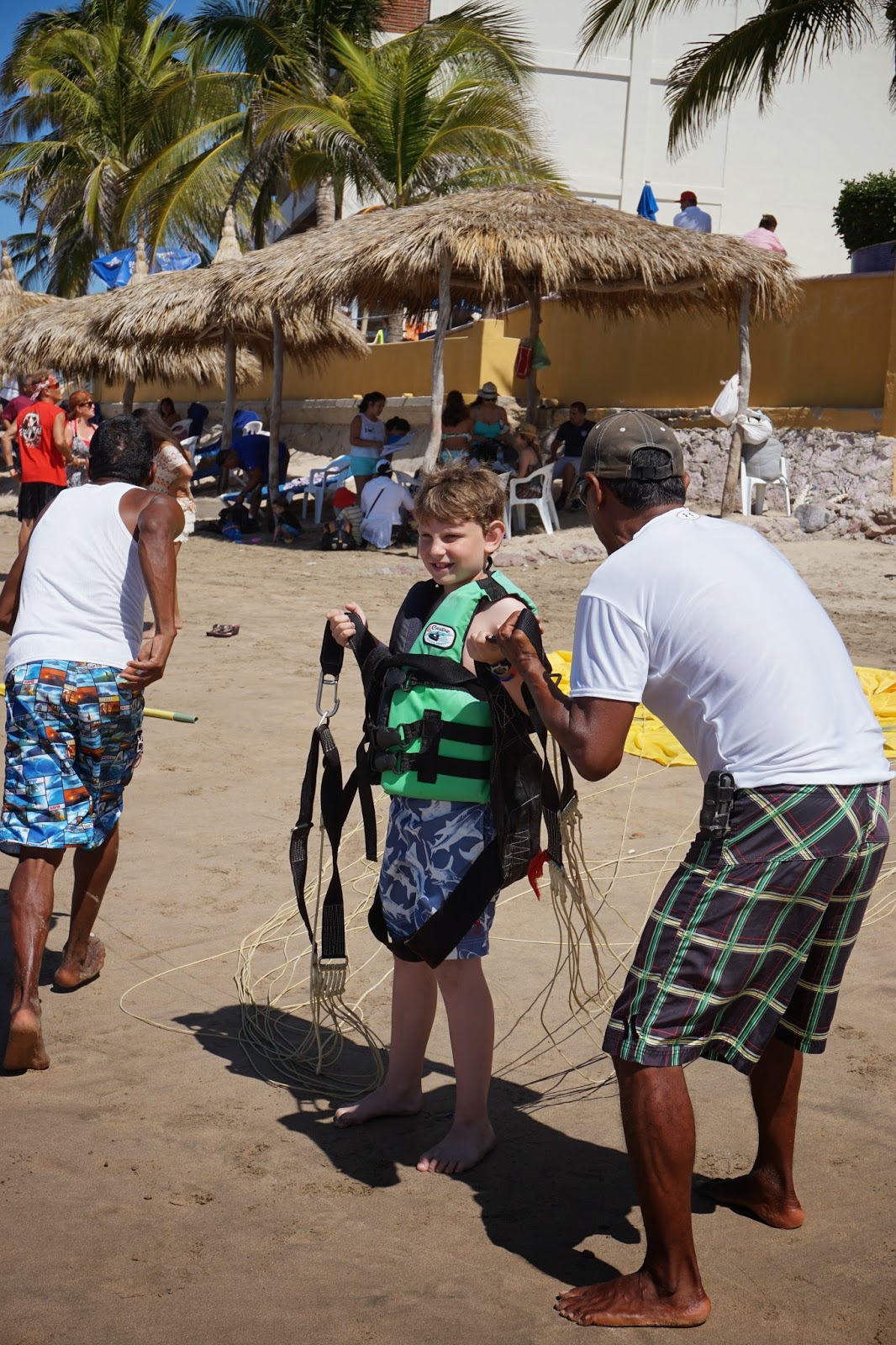 It was a little sketchy watching him take off...but before long, he too was sailing high above the ocean!

I was grateful to have both kids safely back on solid ground. Here's the guy that made it all happen! 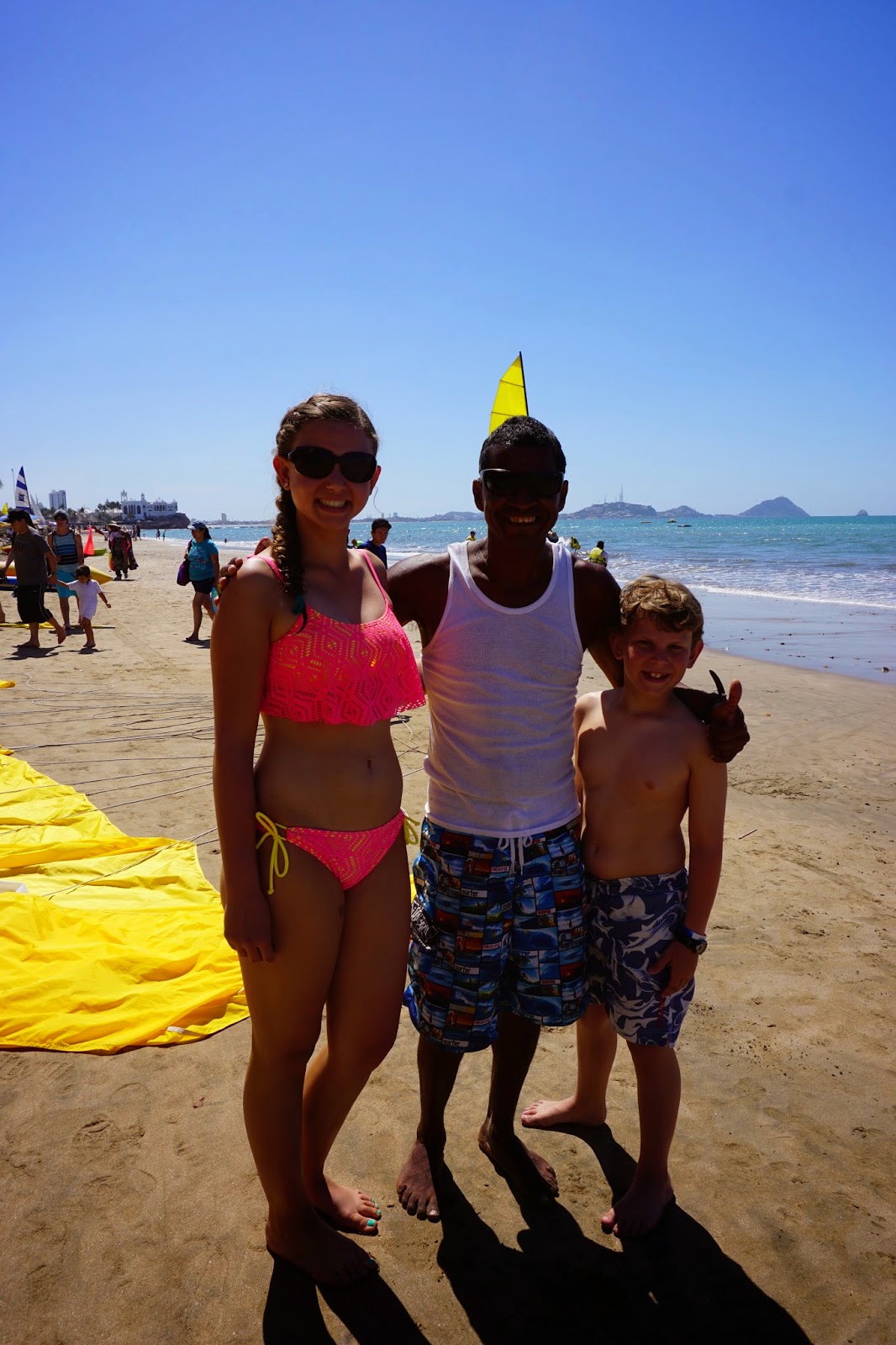 By about noon, the beach was packed and we decided it was time to head on out. There's something about a jam-packed beach that doesn't necessarily scream "rest and relaxation"! 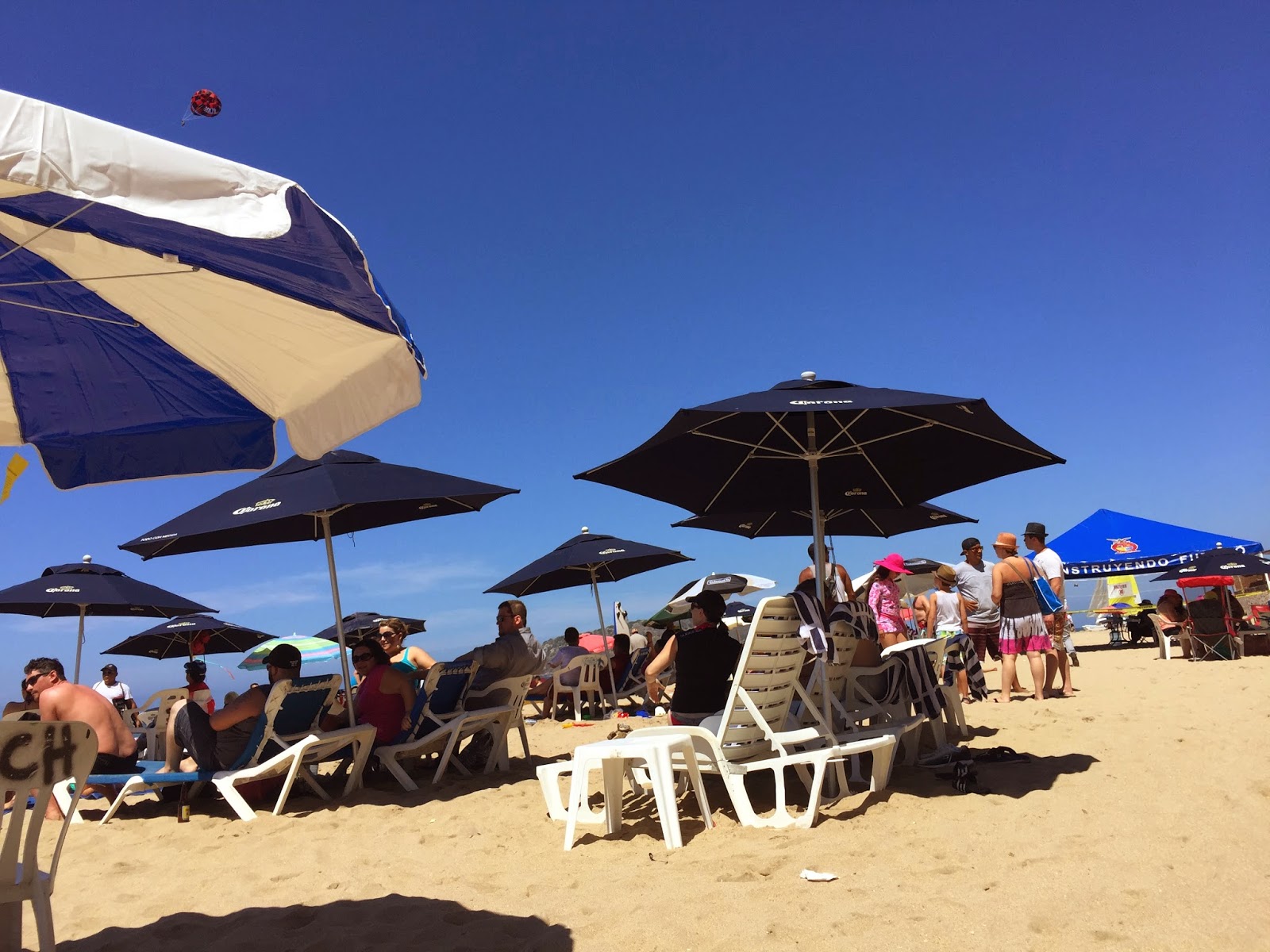 We headed into town to grab a bite, and found some good photo ops along the way. 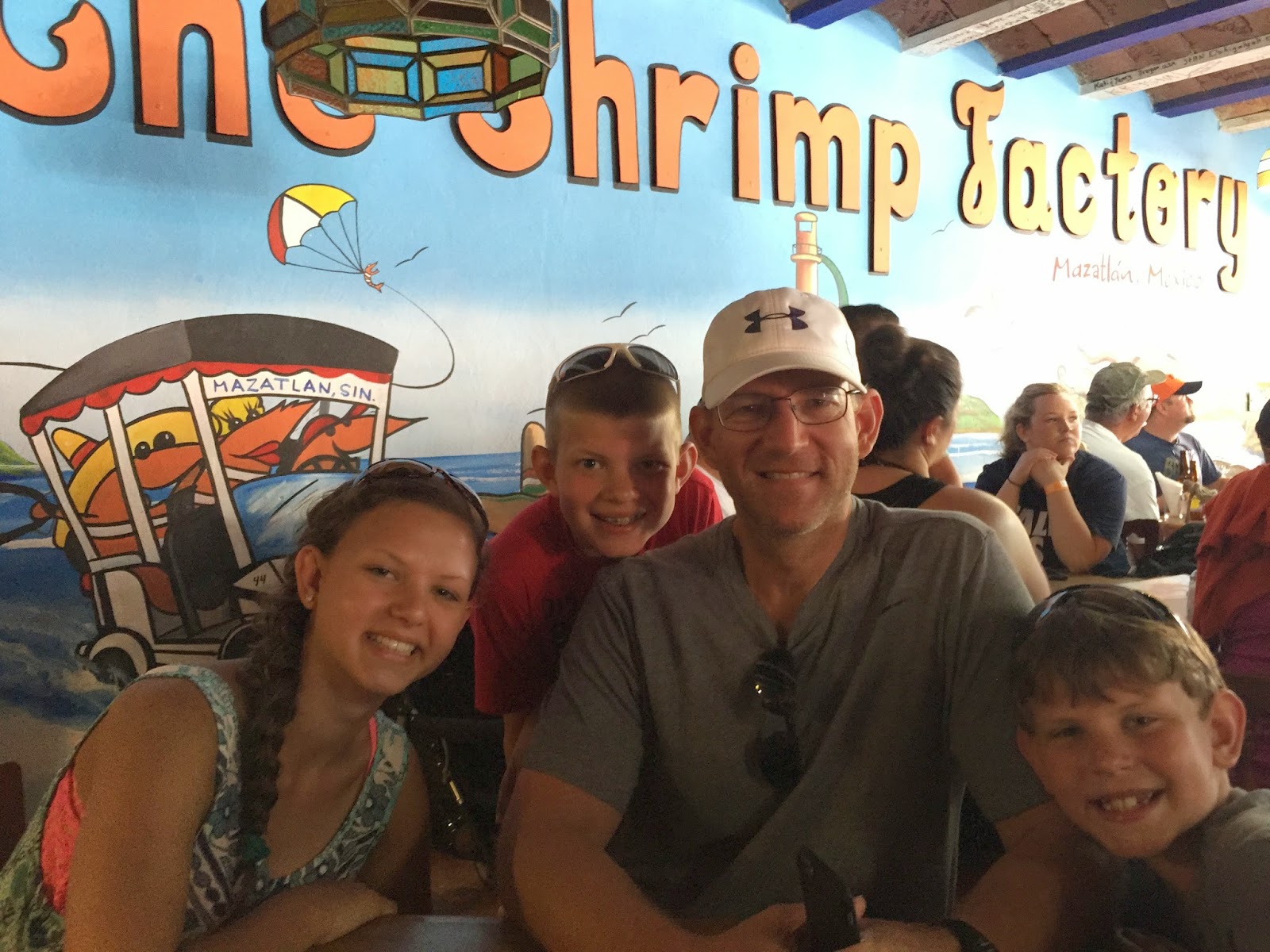 We headed back to the ship by way of a golf cart cab. I think it legally should have only held three passengers. But the guy insisted he could fit all five of us, and proceeded to speed through the streets of Mazatlan. Jack held on for dear life, and Steve documented the whole thing. It was hilarious. And for Olivia, who is learning to drive, it was a good lesson on how lucky we are to live in the United States and have actual rules of the road to follow! 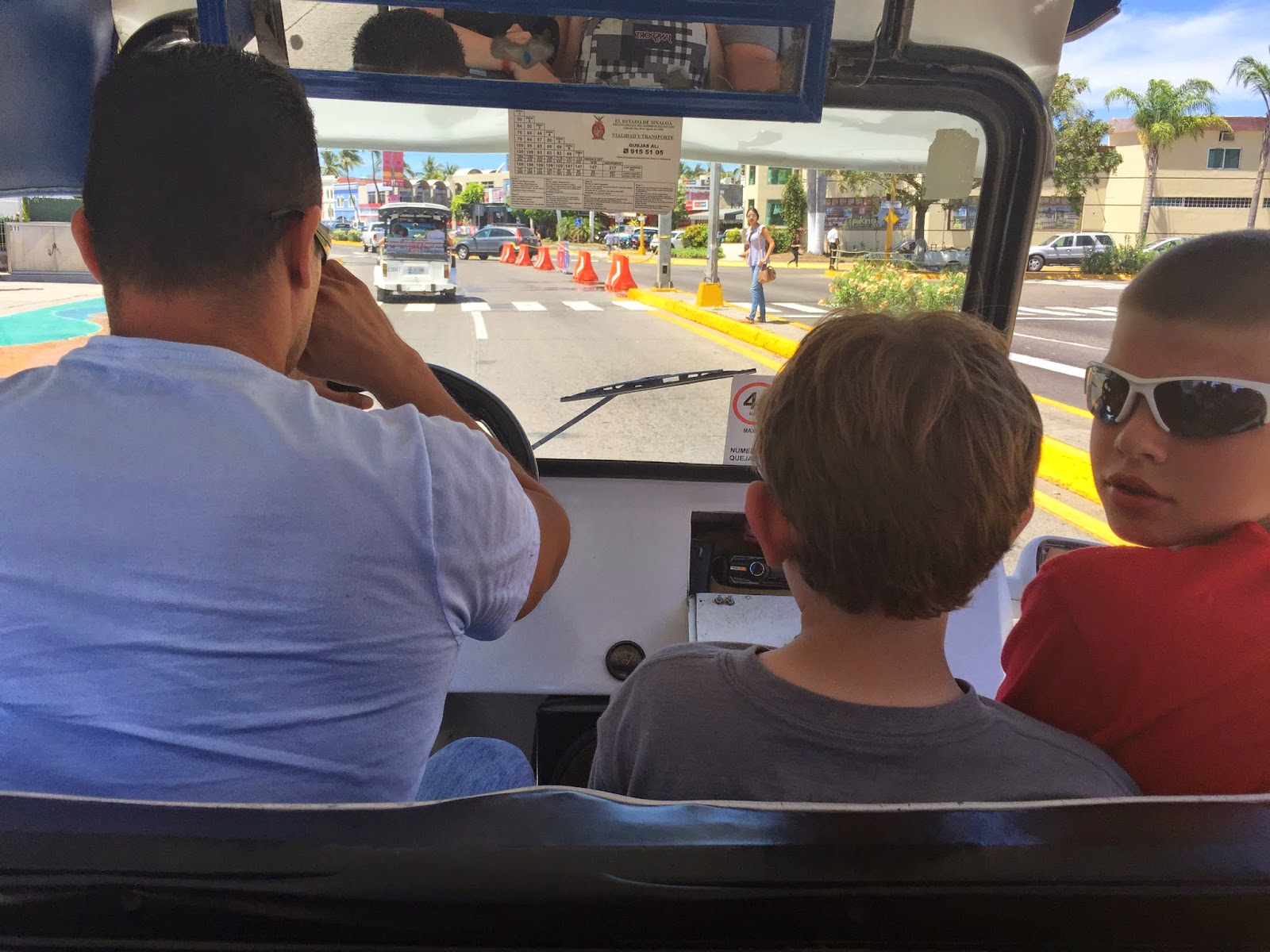 We capped off the night with a breathtaking view of the sunset as we sailed out of Mazatlan and continued our journey southward. Next stop. . . Puerto Vallarta! 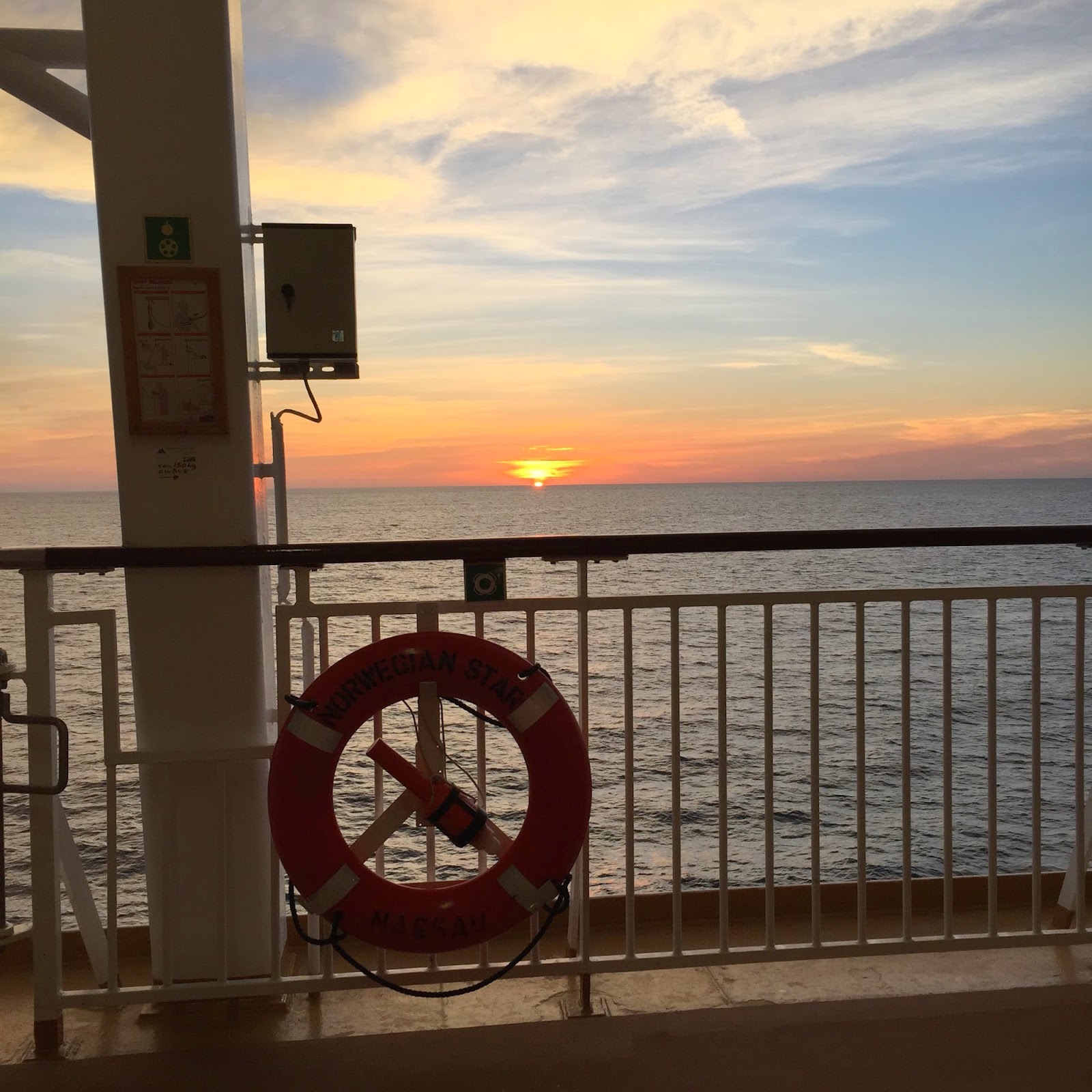 Really enjoying your account of your cruise! What fun. And super adventurous to let your kids do parasailing in a foreign country!